The Berkelouw family has been trading in books for six generations. Books are our passion as well as our business and it is always a pleasure to meet customers who share our love of books. Come in, meet with friends, soak up the atmosphere, and spend as much time as you like browsing through the collection. Our entire stock consists of over 2 million books comprising new, secondhand and antiquarian titles. Many of these are available to purchase online.

The story of Berkelouw Books begins in Kipstraat, Rotterdam, Holland, in 1812. Solomon Berkelouw traded in vellum-bound theology books which were en vogue in the early nineteenth century. Publishers of the period were certain of selling publications as long as they dealt with theology. Solomon peddled his wares on Rotterdam Quay and his clients were mainly owners and skippers of the barques that brought grain and other agricultural products from the provinces of Zealand and Zuid Holland to Rotterdam. The owners of barques were well to do citizens with a growing interest in education. Not much is known of Solomon Berkelouw except that his bookselling career came to a sudden and unfortunate end. On a late winter's afternoon, with snow falling thickly all around, Solomon attempted to cross an icy plank that connected a customer's ship to the wharf. Halfway up, he lost his footing and fell into the freezing water. Before anyone could fetch help he drowned, his jute-bag full of books sinking with him to the bottom of the icy harbour.

Solomon's young son Carel was determined to carry on his father's trade. He put the business on a more stable footing by opening a bookstore at the Niewe Market in Rotterdam. Under Carel's direction Berkelouw Books prospered and he later moved to a larger premises at Beurs Station, also in Rotterdam.

Carel's son Hartog Berkelouw continued to expand the family business. After serving an apprenticeship with his father in the Beurs Station store, he opened a new shop at Schoolstraat, Rotterdam. It was Hartog who first began issuing the catalogues that gained Berkelouw an international reputation. In 1928, the firm was granted membership to the prestigious International Antiquarian Booksellers Association. Business subsequently increased and Hartog's children, Sientje, Leo, Carel and Isidoor, all became involved in the book trade. However, the Second World War intervened, introducing a dark chapter into the history of the Berkelouw family. During the siege of Rotterdam, Berkelouw Books’ premises were bombed and its entire stock destroyed. Amongst the lost books was a collection of antique bibles thought to be the most valuable in all of Europe. Further tragedy followed - Sientje and Carel became casualties of the war. As Leo had left the firm many years earlier, the once thriving business was brought to a standstill - the work of four generations of Rotterdam booksellers virtually wiped out in just a few years.

Immediately after the war, Isidoor Berkelouw began to re-establish the firm. He set up business in Amsterdam and began conducting successful book auctions. However, Isidoor was keen to move the business out of Europe. The Berkelouw collection had already been destroyed once and he did not want to see it happen again. In 1948 Isidoor liquidated his company and made the long journey to Australia. Shortly after arriving in Sydney, Isidoor issued a catalogue, generating immediate interest amongst book collectors around the country. He set up shop at 38 King St, Sydney and conducted book auctions on a regular basis. As Berkelouw's clientele and stock expanded, headquarters was relocated to 114 King St and Isidoor began to share the management of the business with his two sons, Henry and Leo. By 1972 the Berkelouw collection had grown to such a size that it was forced to change premises once again. The firm made a brief move to Rushcutters Bay, then in 1977 took a quantum leap relocating entirely to 'Bendooley', an historic property just outside the beautiful village of Berrima in the Southern Highlands of NSW.

In 1994, the sixth generation, Paul, Robert and David Berkelouw, returned to Sydney, opening its now landmark store in Paddington. Five years later another Sydney store was opened in the cosmopolitan suburb of Leichhardt. Since then, Berkelouw Books has opened further stores in Sydney and Eumundi on the Sunshine Coast of Queensland. All our stores offer an extensive, interesting and eclectic new book selection covering all interest areas with a special interest in Children’s Books, fine stationery, as well as a hand-picked display of rare books. Our Paddington, Leichhardt and Eumundi stores have a vast selection of secondhand books. Adjoining many of our stores are the Berkelouw Cafes, a great place to relax and enjoy ambience.

Today Berkelouw Books is Australia's largest rare and antiquarian, secondhand, and new bookseller. We have an overall stock in excess of 2 million books, many of which are listed and available for purchase here.

Thus the romance of books is engendered. Thus too, the association of books and Berkelouw continues. An old and fruitful tree of Rotterdam, Holland, now firmly planted in the soil of Australia. 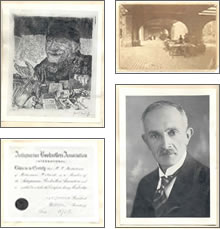 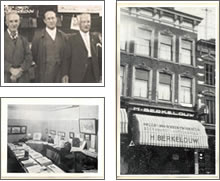 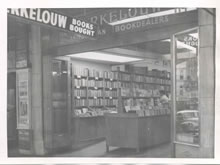 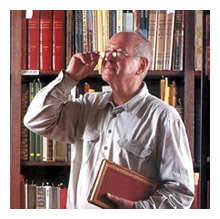