Smallest Lights in the Universe 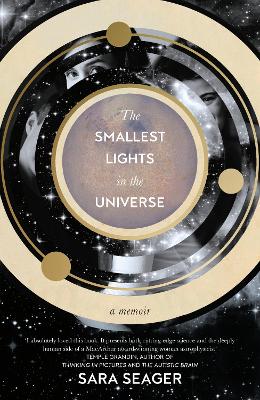 In The Smallest Lights in the Universe, MIT astrophysicist Sara Seager interweaves the story of her search for meaning and solace after losing her first husband to cancer, her unflagging search for an Earth-like exoplanet and her unexpected discovery of new love.

Sara Seager has made it her life's work to peer into the spaces around stars - looking for exoplanets outside our solar system, hoping to find the one-in-a-billion world enough like ours to sustain life. But with the unexpected death of her husband, her life became an empty, lightless space. Suddenly, she was the single mother of two young boys, a widow at forty, clinging to three crumpled pages of instructions her husband had written for things like grocery shopping - things he had done while she did pioneering work as a planetary scientist at MIT. She became painfully conscious of her Asperger's, which before losing her husband had felt more like background noise. She felt, for the first time, alone in the universe.

In this probing, invigoratingly honest memoir, Seager tells the story of how, as she stumblingly navigated the world of grief, she also kept looking for other worlds. She continues to develop ground-breaking projects, such as the Starshade, a sunflower-shaped instrument that, when launched into space, unfurls itself so as to block planet-obscuring starlight, and she takes solace in the alien beauty of exoplanets. At the same time, she discovers what feels every bit as wondrous: other people, reaching out across the space of her grief. Among them are the Widows of Concord, a group of women offering consolation and advice, and her beloved sons, Max and Alex. Most unexpected of all, there is another kind of one-in-a-billion match with an amateur astronomer. Equally attuned to the wonders of deep space and human connection, The Smallest Lights in the Universe is its own light in the dark.