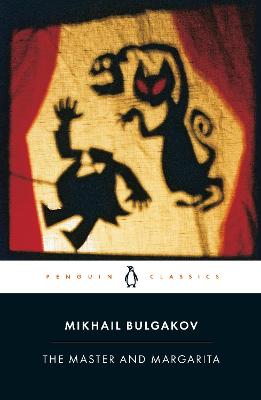 Mikhail Bulgakov's The Master and Margarita is a fiercely satirical fantasy that remained unpublished in its author's home country for over thirty years. This Penguin Classics edition is translated with an introduction by Richard Pevear and Larissa Volokhonsky, the acclaimed translators of Tolstoy's Anna Karenina.In Soviet Moscow, God is dead, but the devil - to say nothing of his retinue of demons, from a loudmouthed, gun-toting tomcat, to the fanged fallen angel Koroviev - is very much alive. As death and destruction spread through the city like wildfire, condemning Moscow's cultural elite to prison cells and body bags, only a madman, the Master, and Margarita, his beautiful, courageous lover, can hope to end the chaos. Written in secret during the darkest days of Stalin's reign and circulated in samizdat form for decades, when The Master and the Margarita was finally published it became an overnight literary phenomenon, signalling artistic freedom for Russians everywhere.This luminous translation from the complete and unabridged Russian text is accompanied by an introduction by Richard Pevear exploring the extraordinary circumstances of the novel's composition and publication, and how Bulgakov drew on carnivalesque folk traditions to create his ironic subversion of Soviet propaganda. This edition also contains a list of further reading and a note on the text.After finishing high school, Mikhail Bulgakov (1891-1940) entered the Medical School of Kiev University, graduating in 1916. He wrote about his experiences as a doctor in his early works Notes of a Young Country Doctor. His later works treated the subject of the artist and the tyrant under the guise of historical characters, but The Master and Margarita is generally considered his masterpiece. If you enjoyed The Master and Margarita, you might like Jonathan Swift's Gulliver's Travels, also available in Penguin Classics.'One of the great novels of the 20th century, a scary, darkly comic allegory'Daily Telegraph