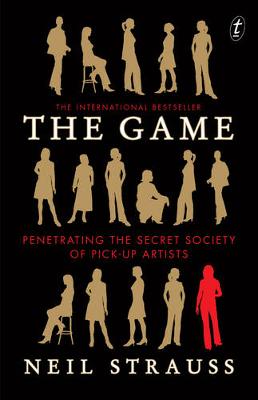 The notorious international bestseller. In The Game, New York Times and Rolling Stone journalist Neil Strauss reveals the bizarre world of the pick-up artist (PUA) - men who devote their lives to mastering the techniques of seducing women. Neil Strauss spent two years travelling in what is known as the 'seduction community', a secret society of men committed to becoming PUAs. He entered a world of bizarre and compelling characters, night after night approaching countless new 'targets' until he had developed the ability to connect, almost immediately, with any woman who crossed his path. Within a matter of months, Neil Strauss - once a self-described average frustrated chump (AFC) - had transformed himself into Style, the king of the PUAs. Hysterical and harrowing by turns, filled with cameos from Britney Spears, Paris Hilton, Tom Cruise, Courtney Love, Heidi Fleiss, and others, The Game is the story of what happens when one man harnesses the power to seduce the most desirable women in the world - only to fall head over heels for a woman who can beat him at his own game.