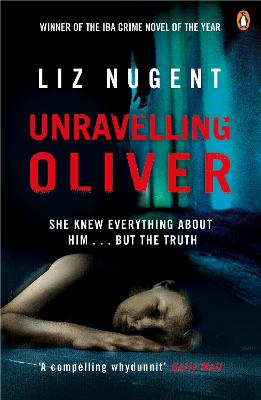 'Compelling, clever and dark, unlike any other psychological thriller you will have read before, you'll gobble it up in one go.' HEAT magazine

She knew everything about him - but the truth.

Alice and Oliver Ryan seem blessed, both in their happy marriage and their successful working partnership. Their shared life is one of enviable privilege and ease. Enviable until, one evening after supper, Oliver attacks Alice and puts her into a coma.

Afterwards, as everyone tries to make sense of his astonishing act of savagery, Oliver tells his story. So do those whose paths he has crossed over five decades.

It turns out that there is more to Oliver than Alice ever saw. But only he knows what he has done to get the life to which he felt entitled. And even he is in for a shock when his past catches up with him.