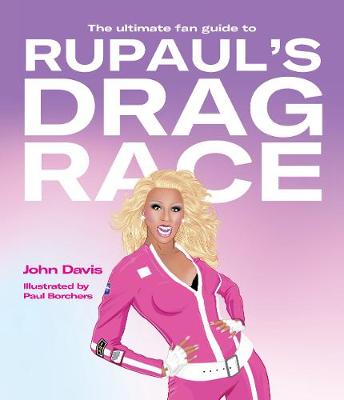 The library is open... This book is serving you dusted trivia realness, with everything you could ever need to know about RuPaul's Drag.

In the last 10 years, RuPaul Charles has again become an unlikely pop-cultural juggernaut by producing and starring in RuPaul's Drag Race - a reality television series that judges the charisma, uniqueness, nerve and talent of the its fierce drag queens competitors.

Over 10 seasons and four seasons of All Stars, Drag Race has become a cult global hit. All of its fans know the catchphrases, the personalities, the cat fights, the gags and the goops. Simply squeal `Okurrrrr' into any crowded bar, and you'll see Drag Race fans spring up like meerkats across the rolling plains.

The Ultimate Fan Guide to RuPaul's Drag Race illustrates all 126 queens that have graced (or disgraced) the stage, and analyses their respective performances. The book also features some drag jargon explainers, inspiring quotes from RuPaul and so many facts and figures that even a hardcore RuPaul fan will learn a thing or two. This is required reading for any true fans.