This is M. Sasek 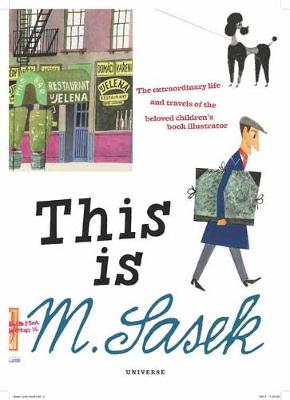 This charming biography explores the life of the acclaimed illustrator and children's author Miroslav Sasek. The first essay, illustrated with documents and personal images, covers his life from his childhood years to his career as a successful artist and illustrator who slowly climbed the ladder of fame. A second essay examines Sasek as an author, setting his work in the context of international visual art. The book is richly illustrated - from Sasek's own books as well as independent work and photographs from private archives, and even vintage fan letters from the children inspired by his wonderfully illustrated books.