The Spiritual Poems of Rumi 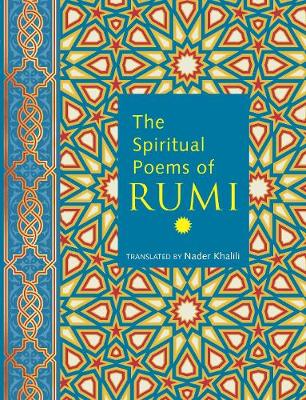 Jalal ad-Din Rumi, popularly known simply as Rumi, was a thirteenth-century Persian Sunni Muslim poet, Islamic scholar, theologian, and Sufi mystic. The general theme of Rumi's thought, like that of other mystic and Sufi poets of Persian literature, is of tawhid, or union with the Beloved, from whom he sees himself as being cut off and aloof.
The Masnavi is Rumi's poetic collection of anecdotes and stories derived from the Quran, hadith sources, and everyday tales. Stories are told to illustrate a point, and each moral is discussed in detail. It incorporates a variety of Islamic wisdom, but primarily focuses on emphasising inward personal Sufi interpretation. It is one of the best known and most influential works of Sufism.
In Arabic, the title means 'Rhyming Couplets of Profound Spiritual Meaning.' It is undeniable that Rumi was a Muslim scholar and took Islam seriously; nonetheless, the depth of his spiritual vision extended beyond sectarian concerns. Continuing on the success of The Love Poems of Rumi, this edition curates the spiritual side of Rumi and presents sections of his exquisite spiritual poems from the beautiful and modern translation by scholar Nader Khalli.