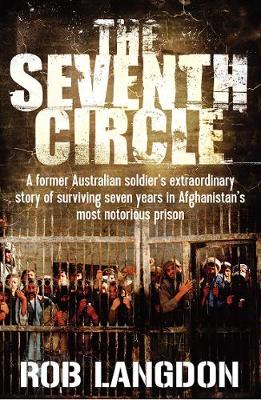 'I was arrested on Thursday 9th July 2009. On Wednesday I'd quit my job, killed a man and set his body on fire. I was sentenced to death. I'm not a good man, but I am an honest one. This is my story.'

Rob Langdon served in the Australian Army for almost fifteen years, before becoming a security contractor working in Iraq and Afghanistan. In July 2009 Rob was protecting a convoy when he shot and killed an Afghan guard during a heated argument after the guard drew a pistol on him. Rob's claim of self-defence was dismissed by a court in Kabul that refused to hear any of his evidence or call any of his witnesses, and he was sentenced to death in a matter of minutes.

Rob's death sentence was later changed to 20 years in jail, to be served in Afghanistan's most notorious prison, Pol-e-Charkhi, described as the world's worst place to be a westerner. Rob was there for seven years, and every one of those two thousand five hundred days was an act of survival in a jail run from the inside by the Taliban and filled with some of Afghanistan's most dangerous extremists and criminals.

In 2016 Rob was pardoned and released. The Seventh Circle is his extraordinary account of what it took to stay alive and sane in almost unimaginable circumstances.