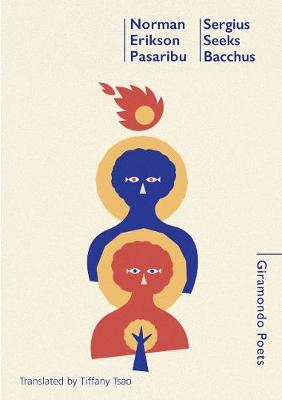 To say it is hard to be queer in Indonesia
is a gross understatement. LGBTQI Indonesians encounter violence on a regular
basis - from those around them, and increasingly, from the state itself. Yet
this was the stage on which Norman Erikson Pasaribu's poetry collection Sergius Seeks Bacchus made its debut,
breaking new ground to become, in the words of another Indonesian poet Mikael
Johani, 'a queer pioneer' on 'an extremely heteronormative poetry scene'.

Sergius Seeks Bacchus is a heart-breaking yet humorous rumination on what it means to be
in the minority on multiple levels - in terms of sexuality, but also, ethnicity
and religion. Drawing on the experiences of fellow members of the queer
community and especially on the poet's life as an openly gay writer of
Bataknese descent and Christian background, the collection furnishes readers
with an alternative gospel, a book of bittersweet and tragicomic good news
pieced together from the poet's encounters with ridicule, persecution,
loneliness, and also, happiness.

'The poems, though seemingly
light-hearted, provide the reader room to delve deeper into many matters, both
the tragic and comic aspects of humanity: sex, religion, and politics, even
poetry itself. His greatest strength, however, lies in his sly humour - his ability
to write poems without putting on poetic airs.' - Eka
Kurniawan

'His is a new and magical voice
emerging in literature, yet one almost preternaturally wise, profoundly
celebratory of the history and possibility of poetry.' - Christos Tsiolkas