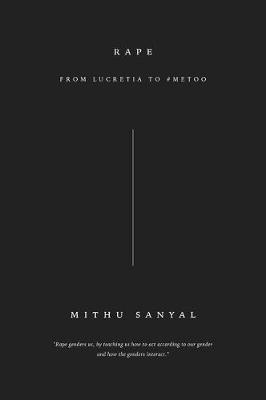 A bold, honest and unflinching look at the way we talk and think about rape. From Title IX cases on campus, to #metoo and #timesup, rape is a definitive issue at the heart of feminism, and lately, it's barely out of the news. Cultural critic Mithu Sanyal is picking up where Susan Brownmiller left off in her influential 1975 book Against Our Will. In fact, she argues that the way we understand rape hasn't changed since then, even as the world has changed beyond recognition. She contends that it is high time for a new and informed debate about rape, sexual boundaries and consent.

Sanyal argues that the way we as a society understand rape tells us not just how we understand sexual violence, but how we understand sex, sexuality, and gender itself. For instance, why is it so hard to imagine men as victims of rape? Why do we expect victims to be irreparably damaged? When we think of rapists, why do we still think of strangers in dark alleys, rather than uncles, husbands, priests, or boyfriends?

The book examines the role of race and the trope of the black rapist, the omission of male victims, and what we mean when we talk about rape culture. She provocatively takes every received opinion we have about rape, and turns it inside out - arguing with liberals, conservatives, feminists and sexists alike.