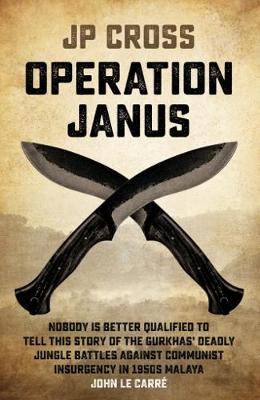 Skinny Chinese taxi-girls dance with off-duty British military personnel at the Yam Yam nightclub to the strains of 'Rose, Rose, I love you' and 'Terang Bulan'. Attractively dressed in their long, tight-fitting, slit-sided cheongsams, the girls also listen out for loose talk, which they feed back to their Communist handlers. It is 1950s Malaya and the country is in the throes of the Malayan Emergency. As the British do battle with Communist terrorists hiding deep in the jungle, one British officer, a Communist sympathizer, has come to the attention of the staff at the Yam Yam. When Alan Hinlea, a British Gurkha captain with a hatred of a class system that has always kept him down, deserts to the guerillas and is spirited away to the jungle Communist HQ, Chin Peng, the leader of the Malayan Communist Party gloats at what he hopes will be a major propaganda victory. A fellow British Gurkha officer is despatched with five Gurkhas to hunt Hinlea down and the chase through pathless jungle becomes a race against time and a contest of deadly jungle warfare skills. Operation Janus is the first in a trilogy of books involving Gurkha military units that may be read in any order and is followed by Operation Blind Spot and Operation Four Rings. The author, JP Cross, a retired Gurkha colonel, old 'jungle hand' and counter-insurgency expert, draws on real events he witnessed during his time fighting in the Malayan Emergency and on true characters, including a British officer of his own battalion who attempted to join the Communist terrorists.