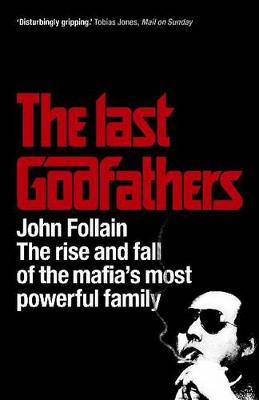 THE LAST GODFATHERS charts the rise of the notorious Corleone clan. From its humble origins in the town of Corleone, the clan manipulated Cosa Nostra's code of honour, deceiving and bludgeoning its way to the top of the secret brotherhood, purging its rivals and launching a terrorist campaign which decimated anti-mafia judges, police and politicians.

Journalist John Follain focuses on the three godfathers who headed the clan from the 1950s onwards. Luciano 'The Professor' Leggio, Salvatore 'The Beast' Riina and Bernardo 'The Tractor' Provenzano, who forged a vicious clan bent on the subversion of democracy.

Cutting through the romantic aura of Hollywood films, THE LAST GODFATHERS portrays the true face of the crime family which inspired Mario Puzo's THE GODFATHER. Based on thousands of pages of judicial documents, wiretap transcripts, the testimony of mafiosi defectors and interviews with investigators, this is the definitive word on the world's most notorious criminal organisation.