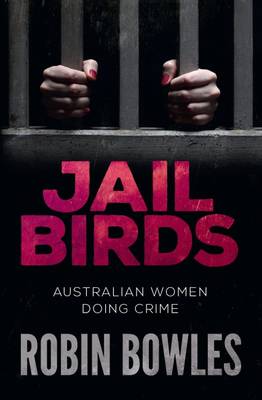 It is commonly believed that women are the gentle sex, but reading some of these accounts of crimes committed and lives endured may make you think again. The skill or sheer brazenness involved or, in other stories, the apparent miscarriages of justice, will take your breath away. Two of the cases in this new book by Australia's leading female true writer, Robin Bowles, involve murder, including the lead story which, for the first time, details the controversial case of Tasmanian Susan Neill-Fraser. There is also a prison breakout, a mysterious disappearance, child abduction and drug smuggling. The protagonists themselves have contributed a new perspective on the information currently available via prison interviews Robin conducted with Tania Herman, Renae Lawrence (by illegal mobile phone in Renae's case!) and Susan Neill-Fraser, plus other interviews with people never interviewed before about these cases. A long-awaited collection of stories by Australia's true crime queen. Stories from Australia's female crims, including Tania Herman, Renae Lawrence and Susan Neill-Fraser telling their experiences directly to Robin from their prison homes.