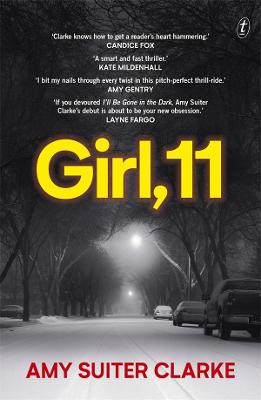 An unmissable debut thriller by Melbourne-based author Amy Suiter Clarke, in which a true-crime podcaster finds herself horribly entangled in a case that's captivated her for decades.

Former social worker Elle Castillo is the host of a popular true-crime podcast that tackles cold cases of missing children in her hometown. After four seasons of successful investigations, Elle decides to tackle her white whale- the Countdown Killer, or TCK.

Twenty years ago, TCK established a pattern of taking and ritualistically murdering girls, each a year younger than the last. No one's ever known why-why he stopped abruptly with his eleven-year-old victim, or why he followed the ritual at all.

Weeks into her new season, Elle sets out to interview a listener promising a tip, only to discover his dead body. When a child is abducted days later, in a pattern that looks very familiar, Elle is convinced TCK is back. Will she be able to get law enforcement on her side and stop TCK before it's too late?