Elton John This Ones for You 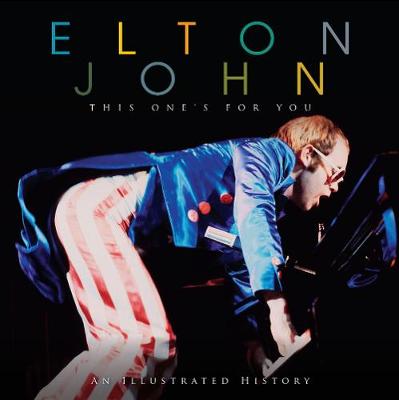 Born Reg Dwight in the post-war suburb of Pinner, then working as a jobbing pianist in 1960s London, he seemed an unlikely candidate to break out and achieve international acclaim. Yet his exceptional musical talent, outrageous showmanship and incredible capacity for hard work combined to propel him into the pop stratosphere in America and the UK - and he has barely been out of the headlines ever since.

His monster back catalogue of gold and platinum-selling recordings includes fan favourites Your Song, Rocket Man, I'm Still Standing and of course the world's best-selling single of all-time, Candle in the Wind 1997 which he sang at the funeral of Diana, Princess of Wales.

His move into composing for musical theatre, particularly The Lion King and Billy Elliot added a further string to his bow winning him an Oscar and a Tony to add to the Grammy, Brit and Ivor Novello awards given in recognition of his extraordinary talent.

Flamboyant and extravagant, Sir Elton has done it all - broken the mould, topped the charts, chaired a football club, created an AIDs charity and maintained a unique and enduring partnership with lyricist Bernie Taupin.

Now happily married and settled with two children, he is retiring from touring. As he bids farewell to life on the road, this lavishly illustrated book pays tribute to Sir Elton John - the most successful male solo artist of all time.