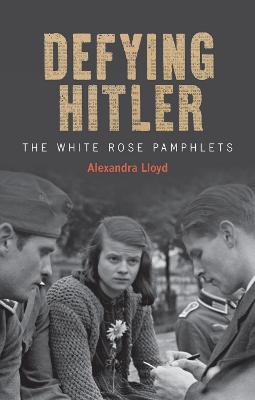 The White Rose (die Weisse Rose) resistance circle was a group of students and a professor at the University of Munich who in the early 1940s secretly wrote and distributed anti-Nazi pamphlets. At its heart were Hans Scholl, Sophie Scholl, Christoph Probst, Alexander Schmorell, Willi Graf and Professor Kurt Huber, all of whom were executed in 1943 by the Nazi regime. The youngest among them was just twenty-one years old. This book outlines the story of the group and sets their resistance texts within their political and historical context, including archival photographs. A series of brief biographical sketches, along with excerpts from their letters, trace each member's journey towards action against the National Socialist state.

The White Rose resistance pamphlets are included in full, translated by students at the University of Oxford. These translations are the result of work by undergraduates around the same age as the original student authors, working together on texts, ideas and issues.

This project reflects a crucial aspect of the White Rose: its collaborative nature. The resistance pamphlets were written collaboratively, and they could not have had the reach they did without being distributed by multiple individuals, defying Hitler through words and ideas. Today, the bravery of the White Rose lives on in film and literature and is commemorated not just in Munich but throughout Germany and beyond.