Defeating the Ministers of Death 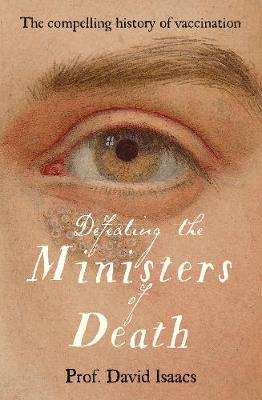 The compelling story of vaccination.

We may fear terrorist attacks, but in truth humans have always had far more to fear from infections. In 1919, Spanish flu killed over 50 million people, more than died in both world wars combined. In 1950, an estimated 50 million people caught smallpox worldwide, of whom 10 million died. In 1980, before measles vaccine was widely used, an estimated 2.6 million children died of measles every year.

Less than 100 years ago, losing a child to an infection like diphtheria or polio was a dreaded but almost inevitable sorrow faced by all parents, from the richest to the poorest. Today, these killer diseases are almost never seen in industrialised countries, thanks to the development of vaccines. Immunisation has given modern parents peace of mind their ancestors could not imagine.

The history of vaccination is rich with trial, error, sabotage and success. It encompasses the tragedy of lives lost, the drama of competition and discovery, the culpability of botched testing, and the triumph of effective, lifelong immunity. Yet with the eradication in the first world of some of humanity's deadliest foes, complacency has set in. We forget the power of these diseases at our peril.

This is a book for everyone who wants to understand our past - and cares about our future.

'Isaacs explores the understanding of immunity as it develops from the fifth century BC to the present day and thrills us with the progressive successes of each of the 14 vaccines which a child routinely receives today ... The work is authoritative, beguiling, amusing, instructive and inspirational. It deserves a wide readership, including infectious disease experts, other health professionals and, most assuredly, a diversity of lay people' Sir Gustav Nossal, immunologist and director of The Walter and Eliza Institute of Medical Research, Melbourne, 1965-1996

'A rollicking story of human endeavour, error, misinformation, success and failure ... and more than a glimpse of why we need to continue to research, evaluate, educate and fund vaccines to prevent disease' Fiona Stanley, Distinguished Research Professor, University of Western Australia

'Effortlessly accessible, Defeating the Ministers of Death brilliantly reveals the people behind the most important public health intervention in history' Professor Andrew J Pollard, Department of Paediatrics, University of Oxford

'This book is an unflinching look at the triumphs and inevitable tragedies in the war against infectious diseases. Nonfiction is at its best when it reads like fiction. And David Isaacs has written a page turner' Paul A. Offit, MD, author of Bad Advice: Or Why Celebrities, Politicians, and Activists Aren't Your Best Source of Health Information