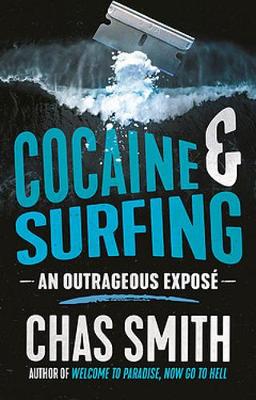 For readers of SCAR TISSUE by Anthony Kiedis, THE WOLF OF WALL STREET by Jordan Belfort, MP: THE LIFE OF MICHAEL PETERSON by Sean Doherty and OCCY: THE RISE AND FALL OF MARK OCCHILUPO by Tim Baker

There is an allure about surfers - they look like clean, bronzed athletes who love nature and tread lightly on the earth. But there has always been a darker side to surf culture. Chas Smith, ex-war correspondent and surf enthusiast, tells the no-holds-barred love affair of cocaine and surfing, and it makes for one hell of a story.

Surf trade shows in the 1980s were flooded in cocaine. The surf tour of the 1990s had virtually every competitor racking rails with the judges and the media before paddling out for heats. And in the new 21st century it has become completely untethered. There have been overdoses, bar fights, murders and cover-ups fuelled almost purely by cocaine.