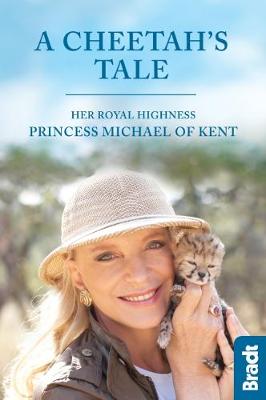 "Beautifully written and vividly recalled, this story is immensely touching and illuminating; her descriptions of Africa are fresh and painterly. I loved it." - Joanna Lumley "A cautionary tale of Africa's most beautiful and rarest of big cats." - Wilbur Smith This charming autobiographical tale from Princess Michael of Kent tells of a girl growing up and the incredible bond that can exist between people and animals. Beautifully written by a natural storyteller and packed with fabulous photographs, it is also a wonderful portrait of Africa - the cheetah version of Born Free - and will delight readers worldwide. In the early 1960s, Marie Christine von Reibnitz (who would later become HRH Princess Michael of Kent) lived with her father on his farm in Mozambique. Then just a teenager, Princess Michael was entranced by the African landscape, by the wildlife and by the people she met. It was one of the happiest times of her life and she recounts that it was an orphaned cheetah cub (called Tess) who played a huge part in making it so. The relationship between the young Princess Michael and Tess, whom she hand-reared and later successfully released into the wild having trained her to hunt and survive on her own, will touch every reader's heart. The events of that period have remained with Princess Michael for the rest of her life and in A Cheetah's Tale she recalls not just the tale of Tess, but also the realities of life in Africa: from waking up in the middle of the night to find her father had just shot a lioness that was about to eat her to discovering a deadly Black Mamba curled up inside the loo! Tess was the inspiration for Princess Michael's lifelong interest in cheetah conservation and the epilogue covers some of her work as Patron of the Endangered Species Centre in South Africa and of the Cheetah Conservation Fund in Namibia. AUTHOR: Her Royal Highness Princess Michael of Kent is a writer, historian and lecturer. In her new book, A Cheetah's Tale, the author describes aspects of her own early life travelling in Africa and raising a cheetah cub. This unusual experience in the 1960s sparked her lifelong interest in conservation, of big cats especially. Among the many charities she supports, Princess Michael is currently Royal Patron of the Endangered Species Centre in South Africa (predominantly cheetahs) and also of The Cheetah Conservation Fund in Namibia. She lives with her husband, Prince Michael of Kent, in Kensington Palace in London. Her Royal Highness' previous books include the non-fiction historical works Crowned in a Far Country, Cupid and the King, The Serpent and the Moon. The Anjou Trilogy, VOL. 1 The Queen of Four Kingdoms, VOL.II Agnes Sorel and VOL.III Quicksilver were her first forays into writing historical fiction.