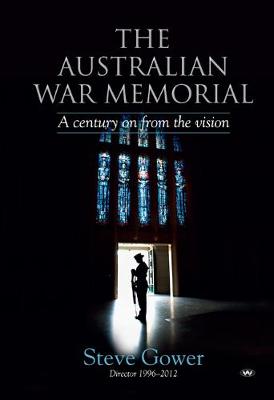 In this book, Steve Gower, the highly successful director of the Australian War Memorial from 1996 to 2012, gives a comprehensive account of the development of the Memorial from its inception just over a century ago.

Official permission was given in 1917 for the collection of war relics for display in a proposed museum in Australia. It would honour and commemorate all those who had served, especially those who had lost their lives, and help Australians to understand what they had experienced. Essentially the vision of one man, official war correspondent Charles Bean, supported by the head of the Australian War Records Section, John Treloar and others, it led to the opening in 1941 of the Australian War Memorial in Canberra, now a 'must-visit' place for Australians and overseas visitors.

The book recounts the many challenges in establishing the Memorial and then in developing further its galleries and displays, the extensive collection, associated events and the overall supporting facilities. The Australian War Memorial: A century on from the vision also goes behind the scenes to provide insights into the many facets of a major, modern cultural institution.