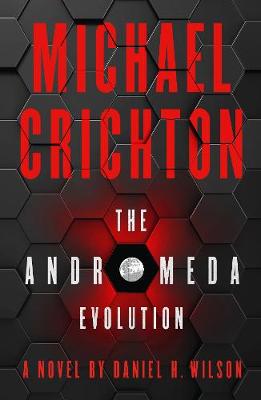 "Both a kick-ass sequel and a loving tribute to one of the greatest science fiction novels ever written." Ernest Cline, author of Ready Player One.
Fifty years after The Andromeda Strain made Michael Crichton a household name - and spawned a new genre, the technothriller - the threat returns, in a gripping sequel that is terrifyingly realistic and resonant. Half a century ago, a military satellite was knocked out of orbit and fell to Earth in northern Arizona, bringing with it a hostile microbe that nearly wiped out an entire town. The two survivors and the fallen satellite were taken to an underground laboratory code-named Project Wildfire-a top-secret emergency response protocol headed by the nation's most elite scientists, who quickly isolated an extraterrestrial organism they dubbed the Andromeda Strain. With its ability to mutate suddenly and adapt to any environment, the organism threatened to annihilate all human life from the planet.

And then it disappeared.

In the ensuing decades, a group assigned to track and identify any trace of the microbe has seen no sign of Andromeda. But when a bizarre anomaly appears without warning, the team discovers the tell-tale chemical signature of the deadly microparticle. Now, a new generation of Project Wildfire scientists must race to understand the Andromeda Strain and destroy it before it sets off an unprecedented worldwide catastrophe.

The book is a collaboration between CrichtonSun and author Daniel H. Wilson (Robopocalypse).

"The Andromeda Evolution is both a kick-ass sequel and a loving tribute to one of the greatest science fiction novels ever written. Daniel H. Wilson has taken up Crichton's mantle and reinvented the techno-thriller, by continuing the tale that invented that genre. This is a meticulously crafted adventure story, packed with action, mystery, wonder, and just enough hard science to scare the hell out of you. So good!" -Ernest Cline, author of Ready Player One