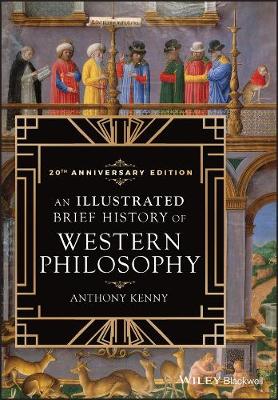 In 1998, the first edition of Anthony Kenny's comprehensive history of Western philosophy was published, to be met with immediate praise and critical acclaim. As the first book since Bertrand Russell's 1945 A History of Western Philosophy to offer a concise single-author review of the complete history of philosophy from the pre-Socratics to the modern masters of the 20th century, Kenny's work fills a critical gap in the modern philosophy reading list and offers valuable guidance for the general reader of philosophy-an ideal starting point for anyone with an interest in great thinkers and the family lines of philosophical evolution.

Widely considered to be one of the most thorough and accessible historical reviews in philosophy, An Illustrated Brief History of Western Philosophy has earned an estimable and distinctive reputation, both for the compelling writing style of Anthony Kenny, one of the most respected and accomplished living philosophers, and for the rich collection of paintings, illustrations, maps, and photos included with every chapter to complement this review of 2,500 years of philosophical thought.

Newly revised and expanded for a special 20th anniversary publication, the latest edition of An Illustrated Brief History of Western Philosophy contains all of Kenny's original writings on the history of Western philosophy from ancient to modern, along with new writings on the philosophy of the mid-20th century, covering important contributions from continental philosophers and philosophers of the post-Wittgenstein anglophone tradition, including the work of many women who have too often been neglected by the historical record.