A People s History of the Vampire Uprising 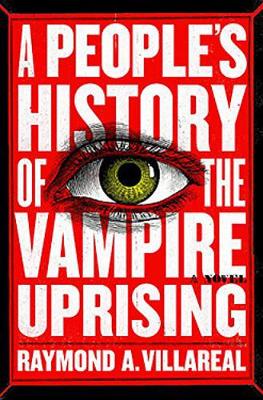 'In a landscape littered with works on the undead, A People's History of the Vampire Uprising is a welcome addition. It is an accomplished book' - Weekend Australian

'I caught my breath, even from across the room. All I wanted to do was look into her eyes. It was as if she knew the reason I was there and that I was looking for her.'

The body of a young woman found in an Arizona border town walks out of the morgue. To the CDC investigator called in to consult the local police, it's a bizarre medical mystery.

More bodies, dead of a mysterious disease that solidifies their blood, begin disappearing from morgues nearby. In a futile game of catch-up, the CDC, the FBI and the US government realise that it's already too late to stop it: the vampire epidemic will sweep first the United States, and then the world.

Impossibly strong, smart, beautiful, and commanding, these creatures refuse to be called 'vampires', they prefer 'gloamings'. They quickly rise to prominence in all aspects of modern society: physically graceful at sports, endlessly enthralling on TV and incredibly intelligent at business - soon people are begging to be 're-created', willing to risk death if their bodies can't handle the transformation.

But just as the world begins to adjust, the stakes change yet again when a charismatic and wealthy businessman, recently turned, decides to do what none of his kind has done before: run for political office.

This sweeping yet deeply intimate fictional oral history - told from the perspective of several players on all sides of the vampire uprising - is a genre-bending, shocking, immersive and subversive debut that is as addictive as the power it describes.

'a spectacularly creepy ecosphere, not to mention some genuinely horrifying frights... The start of a vampire epic and a strong contender in the genus of apocalypse fantasy.' Kirkus Review