To Obama: With Love, Joy, Hate and Despair, by Jeanne Marie Laskas With an overflowing amount of letters sent to the White House, each night Obama asked for 10 which he would read before bed. Each one would tell an entirely different story of American life, some would write to tell their families story, others just to say hello. The letter from a young boy wanting to get his homework checked by the President was my favourite!
No matter what the tone behind the letter was, they would be read and Obama would respond. Providing an insight into the unseen side of the Obama Administration, Laskas reveals the stories and voices of the American public who sent letters to Obama whilst in office. Interviewing some letter recipients to hear more details about their letters, her book provides an in depth look into the concerns of Americans at the time as well as how those letters influenced and shaped policy produced by the Obama administration.
I was constantly amazed whilst reading by the consideration and time undertaken by Obama and his team at the White House to not just listen but hear the voice of the American public.
A must read. 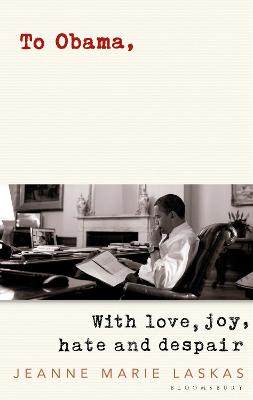