Laini Taylor is an American novelist whose career began with 2004’s ‘The Drowned’ in which she refined her signature style – a perfect mixture of fantastical folklore, old-world sensibilities and gothic themes. She was a National Book Award finalist in 2009 for ‘Lips Touch: Three Times’. Her latest novel is the highly-anticipated conclusion to her ‘Smoke and Bone’ trilogy, ‘Dreams of Gods and Monsters’.

An epic tale of Romeo & Juliet proportions set in a well-developed and beautifully written world. Karou is an art student in Prague, who also just happens to have a band of would-be monsters for a family. Art student by day, tooth-collector by night. She has always wondered what the purpose of her courier-work was, but when mysterious forces begin to threaten her world, she is thrown into the deep-end of an other-worldy war between ‘devils’ and ‘angels’. This was just the beginning of the ‘Smoke and Bone’ trilogy.

The thrilling third [and final] instalment sees the fate of both Eretz [the parallel world the devils and angels inhabit] and Earth at stake. The finale delivers everything you wanted as a reader, and more importantly, Taylor concludes all threads. Throughout the trilogy, Taylor has seamlessly weaved ancient and modern folklore to create an original and intriguing world. At once, laugh-out-loud funny and heart-achingly beautiful at the next. Taylor’s characters are well-developed and Karou is a commanding lead.

Will appeal to paranormal and fantasy romance fans. A definite must-read for fans of ‘The Mortal Instruments’ (Cassandra Clare) and Susan Ee’s  ‘Angelfall’ trilogy. Twilight readers could be taken with ‘Smoke and Bone’ , though the world is far more developed. To her credit, Taylor handles the load of information expertly, revealing details and history lightly and unobtrusively. The first book in the series, ‘Daughter of Smoke and Bone’ is set to be adapted for the screen by director Michael Gracey and screenwriter Stuart Beattie. 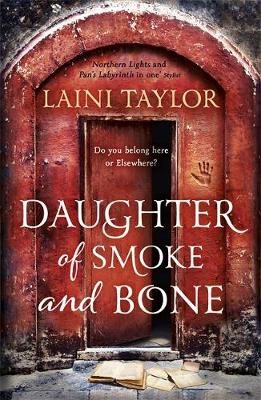 Days of Blood and Starlight (Daughter of
Taylor Laini 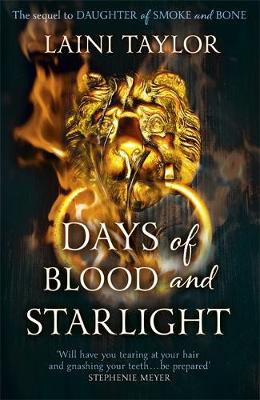